Menu
AN ACADEMY WITH HISTORY

AN ACADEMY WITH HISTORY

HEMA is the acronym of Historical European Martial Arts, and the generic name of said disciplines in English, the current lingua franca.

This name encompasses the combat techniques developed and practised in Europe for centuries (with fencing among them) but which, unlike many of their eastern counterparts, were forgotten due to the technological evolution of weapons and changes of social customs.

Within these combat “arts” there were techniques with swords, daggers, pole weapons, unarmed, wearing armor or just street clothes, etc. All of them together formed an extremely rich and diverse corpus, which spanned through different eras and the european geography.

For its development and reconstruction, a chief role is played by the investigation of the documents in which the ancient masters recorded their techniques (treatises, in existence from the Middle Ages to present) and their interpretation.

In the XVI century, a new system for the study and handling of weapons is developed in the Iberian Peninsula. This method was polished by several authors throughout the XVII century, going into decline in the XVIII century due to changes in the use of weapons, finally dissapearing alongisde the XIX century. Considered a true “Science of the Sword” back then, it's the main object of our research and practice.

If there is a weapon that Destreza treasures above all others, that one is the Rapier sword, a self-defense civilian weapon which knew its heyday during the XVI and XVII centuries. A lot has been already written about the Rapier, so we have selected and developed a compendium of lessons and techniques that shape the foundations and corpus of our Achademy

Many times, the sword was used in combination with other weapons, a combo which was known with this epithet. Out of those, the dagger was the most important one, but bucklers, rodelas and capes were also employed on an usual basis.

The masters of La Verdadera Destreza described the handling of more weapons beyond the sword and the double harnesses: the great two-handed sword, the montante, the flail and the pole weapons are also an object of research in Academia da Espada. 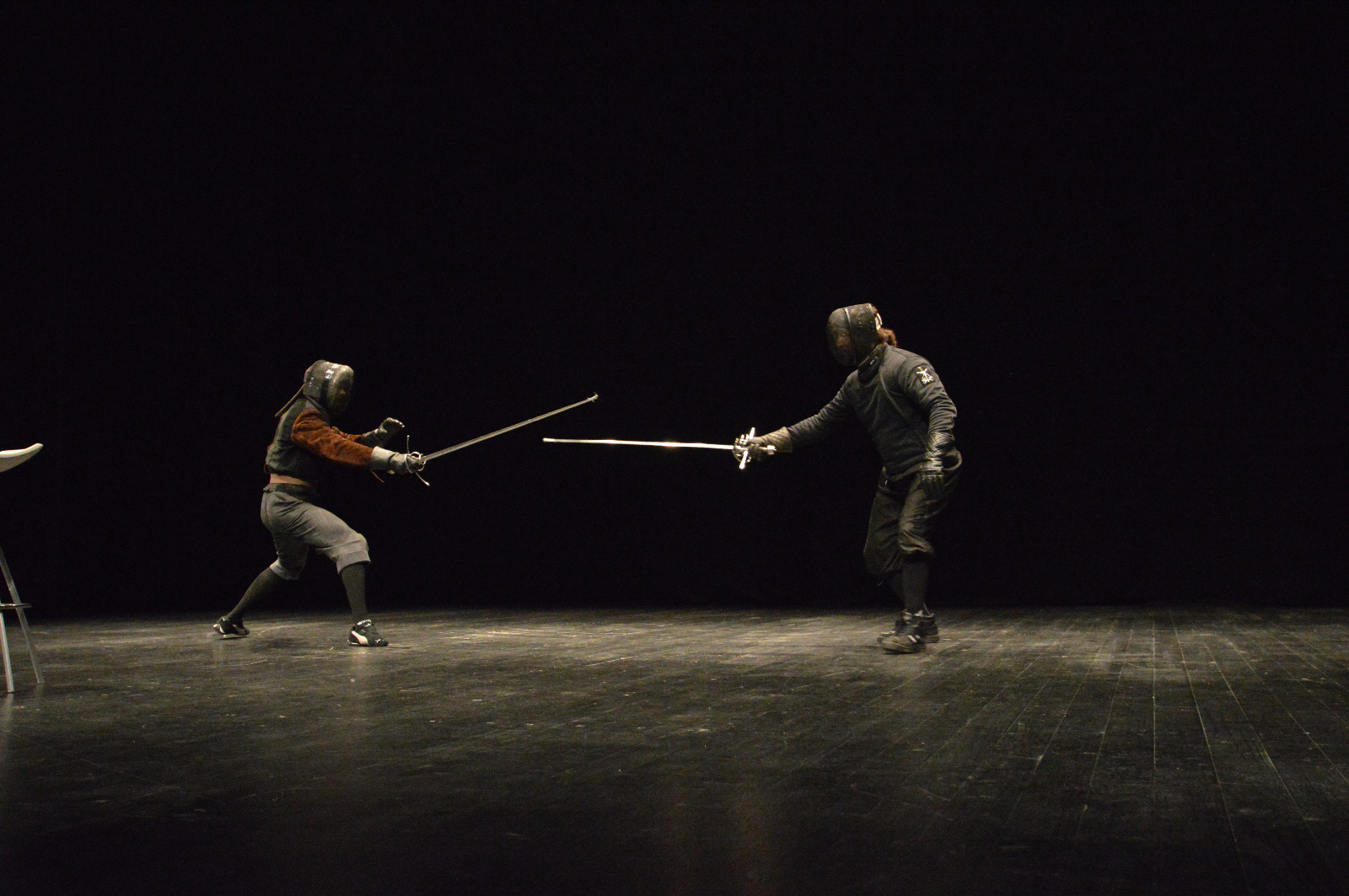 Although the main object of research and practice in Academia da Espada is the Verdadera Destreza school through the weapons of its heyday, we also study characteristic weapons of previous and subsequent eras.

In the second half of the XVII century, France witnesses the development of the “épeé de cour”, a weapon smaller and lighter than the Rapier sword. The Smallsword would eventually supersede the Rapier throughout the XVIII century

The weapon known as longsword, bastard, two-handed or hand-and-a-half sword is developed during the XIV century until its era of greatest splendor, the XV century and the first half of the XVI century. In Academia, we study the italian masters of said period. 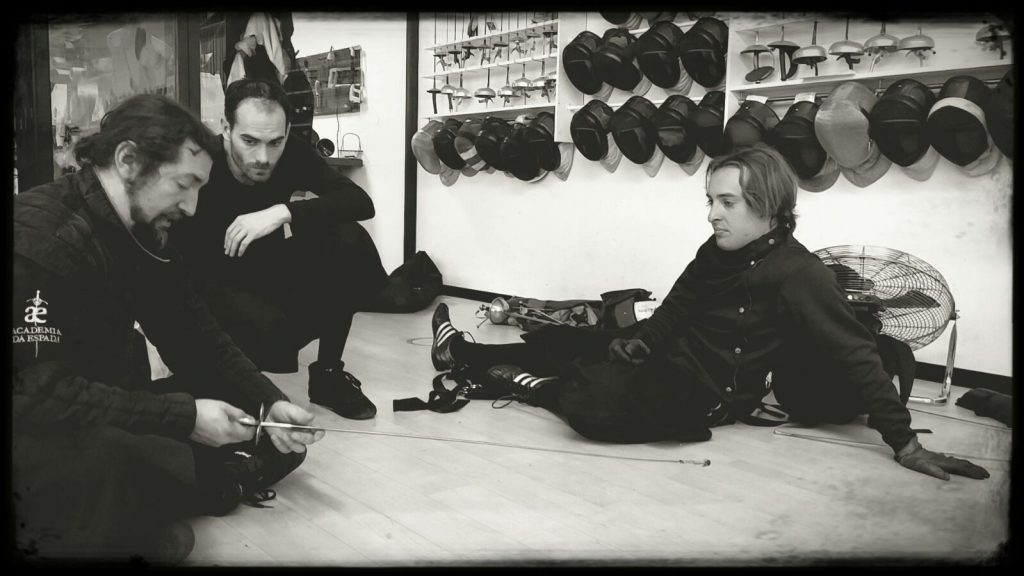 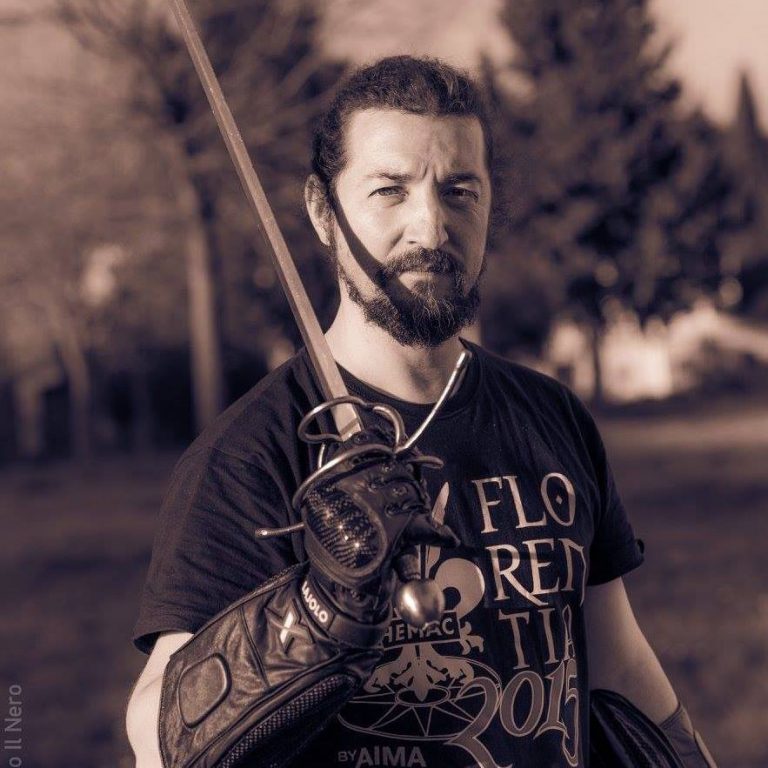 Having practised karate shotokan during his childhood and teenage years, he gets into olympic fencing in 1995, and from 2002 onwards he begins his path within historical fencing.

Eventually, his interest in the Rapier sword leads him into learning about the school of La Verdadera Destreza from spanish and portughese treatises of the Spanish Golden Age, and he specializes in such discipline – although he also works with the Longsword (XV century italian tradition) and the Smallsword (XVIII century french tradition). As of today, besides working with several weapons and typical combinations of La Verdadera Destreza during the XVII century, he’s interpreting Montante rules of the XVI and XVII centuries. He’s a founding member of AGEA (Asociación Galega de Esgrima Antiga), honorary member of FEEH (Federación Española de Esgrima Histórica), member of the editorial staff of AGEA Editora and member of HEMAC. In 2015 he’s acknowledged as Mestre de Armas by HEMA Portugal. Nowadays, he’s general manager and Mestre de Armas of his latest project, Academia da Espada, focused in the study of La Verdadera Destreza through the characteristic weapons of the discipline’s heyday. As a teacher, besides his day-to-day work as instructor in A Coruña, Galicia, he’s imparted seminars and workshops in France, Austria, Italy, the Netherlands, Ireland, the USA, the UK, Poland, Russia, Sweden, Portugal and Spain.